Okay, peeps, I'm doing something entirely new and different here.  A blogging friend has a book coming out, and I have the honor of posting about it. 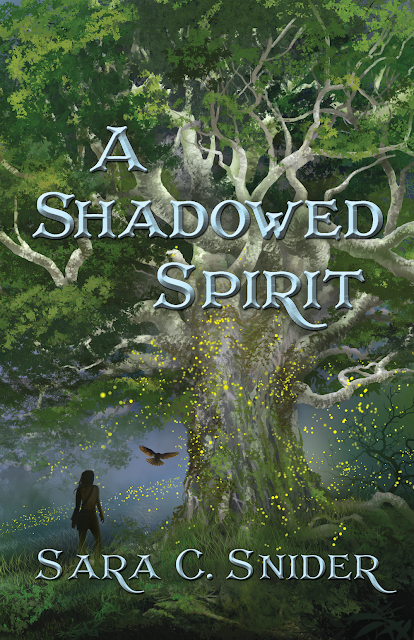 Isn't the cover soooo pretty?  I just love the feel of it.

Where to find the Awesomeness:

Plus, she is having a giveaway on her blog between May 17th through the 31st.

So swing on over and try your luck!

She used to be called Emelyn. She used to be nobody. Now she is Siyan--a creature of magic known as an And'estar. But Siyan doesn't understand what that means, just as she can't control the power that has woken within her.

Addigan worked her entire life to master the Art of magic and become a respected Magister, only to fail her final test. Scarred and desperate to prove her worth, Addigan pursues rumors of trees of power and a mysterious people called And'estar.

When Siyan heads into the dense and dangerous forest searching for answers, she doesn't realize Addigan is coming for her. In this twisting chase of hunter against hunted, Addigan must choose how far she is willing to go to prove herself. And Siyan must let go of everything she knows--and everything she loves--if she is to gain control over her power. Even if it kills her.

In a journey that follows the intertwined lives of two women, A Shadowed Spirit is a mystical tale that redefines the boundaries between life and death, dreams and reality, and what one is willing to sacrifice to achieve the happiness she seeks.


And last but not least Where to find the Author:

Email ThisBlogThis!Share to TwitterShare to FacebookShare to Pinterest
These are what its about: book, books, ebook, friends, fun, Goodreads, writing