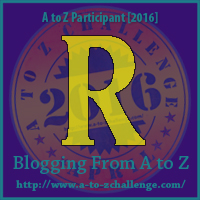 You knock on her door, but there is no answer.  She never does.  You don't worry too much because her music is blaring.

You call out to tell her to go to sleep since it's late.  She heard because the music quiets instantly.

When you knock the next morning, she says nothing.  You go downstairs to make breakfast. Twenty minutes later, you begin to worry. She's usually stomping down the stairs by now.

You go check on her.  Your heart is doing flip-flops for some reason as you reach her door.  You knock and call out again then warn her that you're entering.

You hesitate turning the knob, but you finally do.  The streaming sunlight blinds you for a second.  Blinking, your eyesight adjusts and you see thick streaks of red on the wall closest to you.

Paint?  Then the rusty smell hits you and your gut clenches in fear and sickness.

Not paint.  Blood.  Red stained fingers are stretched out on the far side of the bed. You scream.

The Red Room is a Japanese urban legend in which a pop-up asks a series of questions and then a list of names appears at the bottom with your name added.  One specific question is: Do you like the red room?

When you see a specific pop-up, you commit suicide by using your own blood to paint your room.

This urban legend has an actual murder that is attached to it.  A girl murdered another girl.  Sasebo Slashing (as it is called) took place in 2004.  The girl viciously beat and cut up the victim.

Supposedly, one of her topped bookmarked site on her computer was the Red Room Curse.

Email ThisBlogThis!Share to TwitterShare to FacebookShare to Pinterest
These are what its about: A To Z Challenge, computer, creepy stuff, death, Japanese, murder, pop up, strange, twisted stuff, urban legends