A to Z Challenge -- B -- BROOM, FERTILITY, AND PERSECUTION 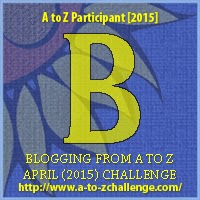 BESOM -- This is the classical witch's broom.  It is used to cleanse an area of negative energy before casting a circle.  They were originally used as ordinary brooms.  In some places, they are still used as such.  The besom's staff is made of ash, the bristles are birch twigs, and they are tied together by thin willow wood strips.  Besoms were and are used in Handfasting ceremonies because it both thought to be feminine and masculine.

BELTANE -- (Pronounced bell-tayn, Beel-teen)  This Sabbat is also known by the name May Day.  It is a celebration of fertility.  To celebrate the fertility of the land, many would gather around balefires, dance, and well, . . . you know.

It symbolizes the sexual union of the Goddess and God.  Also, the Celts revered the the sun god, Bel.

The Romans had a festival called Floralia, which is for the fertility goddess Flora.  It was similar to May Day, where flowers, dancing, and revelry were used to honor Her.

People still celebrate Beltane and May Day.  Dancing around the May Pole is still popular.  Just so's ya know, the May Pole is symbolic for a man's manly bits. Some places have the May Queen choose the May King (Green Man, Jack-in-the-Green, or one of many names) and they are married albeit symbolically or truly handfasted.  They are the physical representation of the God and Goddess union.

BURNING TIMES -- This is a reference for when many people were tortured and burned.  More of them were women and children.  I'm not talking about just the Spanish Inquisition.  They had their share, but there were other times when so called witches were persecuted.  Let's just say that many of them were innocent and falsely accused.

BOLINE/BOLLINE -- This is the the working blade. This knife is used to prepare herbs, cut string, and many other physical tasks. They can be both straight or curved.  They are sometimes on the altar.

Email ThisBlogThis!Share to TwitterShare to FacebookShare to Pinterest
These are what its about: A To Z Challenge, blog hop, festival, pagan, ritual, wicca