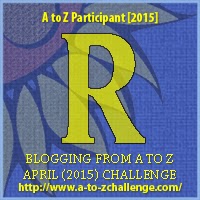 RECEPTIVE HAND -- This is the hand the receives energy into the body.  Left for right-handed people and reversed for left-handed.

REDE -- This is the guideline for conduct.  I found endless forms that vary in words, length, and other things, but one line was the same in most of them (except that some did not have the antiquated ye): An harm ye none, do what ye will.  Some translate it as don't cause harm to others or yourself, but there are other schools of thought on this.

Here is an example of a simple, to the point Rede.  This particular one is quoted from Green Witchcraft: Folk Magic, Fairy Lore & Herb Craft (Green Witchcraft Series) by Ann Moura on page 76.

Bide the Witch's law ye must,
in perfect love, in perfect trust.
Eight words the Wiccan Rede fulfill:
An harm ye none, do what ye will.
What ye send forth comes back to thee,
So ever mind the Rule of Three.
Follow this with mind and heart,
and merry ye meet, and merry ye part.


RITUAL TOOLS --  By now, I've talked about chalices, cauldrons, pentacles, and a few more I'm probably forgetting.  These are all ritual tools.  Ritual tools are items used in ceremonies and magick.  They are cleansed of negative energy before used and are consecrated.  They are also charged with energy.  Bathing them in moonlight will not only cleanse but recharge them, but there are other methods.  Water, salt, sunlight, burying them, and smudging are all possible methods. It depends on what material the tools are made crafted from.

This tree is one of the most sacred to Wiccans, witches, and the Druids.  It has a long history that weaves though the centuries.  Its ancient Celtic name was fid na ndruad, which means wizards tree.

It has association with fairies.  A lone rowan was believed to be a gateway to Elfhame, or in the Norse, Alfheim.

The wood is used to make wands, staves, and amulets.  It's used in protection and has been used for thousands of years.  Some believe that the rowan would banish evil spirits and they were planted near cemeteries.

The berries form a natural pentagram.  The cooked berries are edible and medicinal.

RUNES -- The divining rune system I will be focusing on comes from the Futhark language of the Norse and Northern Germanic peoples. The name Futhark comes from the first letters of this alphabet (F, U, TH, A, R, K). The origin of this writing systems is uncertain, but can be traced from about the 3rd century.  As with all languages, it went through changes as it evolved.  Examples of it can be found throughout Europe.

The mythological origins of the runes comes from a story of how Odin hung himself from Yggdrasil over the Well of Urd, where the Norns (think the Fates only more awesome) held their power over destiny.  He sacrificed an eye as well to gain the knowledge of the runes mystical powers.

One simple pattern takes only three runes.  They are drawn one at a time and placed right to left.  The first rune is your present situation.  The middle one is the the attitude and energy surrounding the situation.  The last, shows the probable outcome of the situation.

Like tarot cards, many of the runes can have different meanings when they are drawn upside down.

Email ThisBlogThis!Share to TwitterShare to FacebookShare to Pinterest
These are what its about: A To Z Challenge, blog hop, pagan, runes, trees, wicca