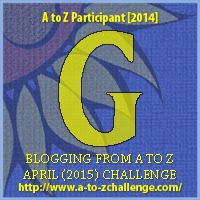 GRIMOIRE --  A grimoire is a book containing rituals, formulae, preparation of equipment, and a host of other things.  It is sometimes interchangeable with book of shadows, but others prefer that they remain separate.  They have been around for centuries.

GROUNDING --  When raising power for ritual, many times there it can leave excess energy.  To ground oneself is to release and disperse said power after the completion of it back to the Earth, in some other object (plant or stone) or in some other manner.

GODDESS --  The Goddess is many, one, or both.  It all depends on the person.  There is no set way to worship Her.  She can be the Triple Goddess, Isis, Hera, or any one or combination.  The Goddess is who She is needed to be.  She is life.

To name the Goddess is completely up to the practitioner.

GOD -- The God can be one or many, or all.  He can be the Horned God, Zeus, Odin, or whichever god is preferred.  There is no set way to worship.  He represents the masculine energy.  His power coincides with the Wheel of the Year. waxing in summer and waning in winter.  He symbolizes the death and rebirth.

GREEN MAN -- He is the spirit of the forest. He is symbolized by a human face through foliage. He is known by many names like Jack-in-the-Green or Green Jack.

In, modern day, he's usually part of the spring rites like Beltane or May Day along with the May Queen.

He is the archetypal representation masculine energy in nature.  One theory is that he was a fertility god before becoming the newer Green Man.

The Green Man has been traced back to ancient Rome, but there are cultures with little Roman influence that have a similar figure, including Nepal, Iraq, India, and Istanbul.  In Rome, He may have connections to Dionysus before his image morphed into the hedonistic party animal.  He was a god of agriculture and fertility of nature.

He is found in many churches in Britain in the architecture.  These early churches most likely had pre-Christian believers carving the stonework.  So the pagan tradition survived as the church took over.

Email ThisBlogThis!Share to TwitterShare to FacebookShare to Pinterest
These are what its about: A To Z Challenge, blog hop, book, deities, green man, pagan, symbols, wicca