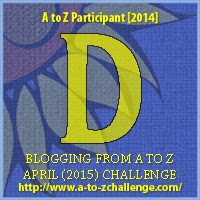 DAYS OF POWER --  Are the days of Sabbats and personal days.  Many practitioners will choose specific days and times to preform their spells.  It all depends on what type of spell it is as well as what planetary influence is on that day.  For example, Sunday is ruled by the Sun so spells that relate to success or ambition would be cast on this day.  Just like psychic spells would fall on a Monday since it is influenced by the Moon.

DESOIL --  It clockwise or the direction of the sun across the sky. 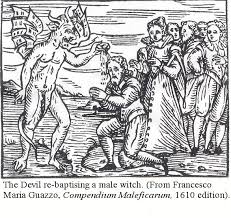 DEVIL -- There is no devil in Wicca.

The Horned God, like Cernunnos from Celtic mythology, was morphed into the devil by the influence of the Christian religion.  It was then that witches were portrayed to kiss the Devi's behind.  It was called the Kiss of Shame.

DIVINATION --  Definitions from Dictionary.com
Noun
1.the practice of attempting to foretell future events or discover hidden knowledge by occult or supernatural means.
2.augury; prophecy:  The divination of the high priest was fulfilled.
3.perception by intuition; instinctive foresight.

There are so many ways to divine something.  Scrying is one method.  These are some of the few objects/elements used: mirrors, water, crystal balls or shards, and flames.  Tarot is another form.  Runes are yet another.  There is also the pendulum, the I Ching, and a host of others I have not mentioned.

This isn't fortune telling.  It is more of a guideline for a given situation.

Some use more than one method and others use whichever they find the best results with.  It depends entirely on the practitioner.

Email ThisBlogThis!Share to TwitterShare to FacebookShare to Pinterest
These are what its about: A To Z Challenge, blog hop, mythology, pagan, wicca