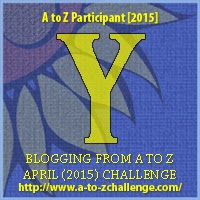 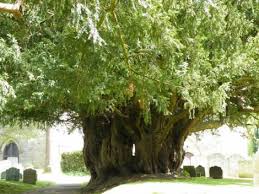 YEW -- English Yew is a long lived tree found in many graveyards across Great Britain and many predate the churches, which may have roots in Druid groves.  It was a sacred tree to the Druids.  It was a symbol for immortality, death and rebirth.  It can live for 1000 years or more.  There are estimates that some trees are even 4000 years old!  It is one of the oldest known species of tree. Weapon handles were made from its wood.  Its a poisonous plant.  It has connections to the Otherworld.

YULE -- It is celebrated on the Winter Solstice, around December 21.  It is the rebirth of the God as one of the eight Sabbats of the Wheel of the Year.  Many of the Christmas traditions come from this holiday, including the hanging of mistletoe and the Yule log.

The Yule log was burned to celebrate the the rebirth of the sun.

Many cultures shared this celebration in different forms like the Egyptians, Celts, Norse (Juul), Romans (Saturnalia), and Germanic tribes.

The burning of the Yule log is a tradition that has been carried on for at least a thousand year or more.  A piece from the old Yule log (kept for protection through the year) kindles the new Yule log after a piece is taken from it for the next.  There are certain rituals and superstitions about how the log is decorated and received, but I'm not going to get into them.

YEAR AND A DAY -- December 23.  The Druid lunar months consisted of 28 days in each of the 13 months.  It was used in courts of law.  Mistletoe rules this day, which was called All Heal, Golden Bough and a few other names.

Email ThisBlogThis!Share to TwitterShare to FacebookShare to Pinterest
These are what its about: A To Z Challenge, blog hop, day, druids, pagan, ritual, trees, wicca