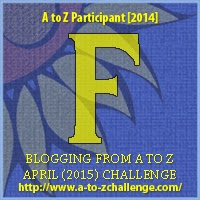 FAMILIAR -- Familiars can be animal of the physical or astral plane.  It can be a spiritual ally. Familiars are very distinct and individualist to a coven or practitioner.  They can help raise energy in a circle.  A bond exists between the the familiar and the individual.

Similar beings from shamanic teachings and other ways.  Totems, animal guides, and spirit guides are only a few of the names.

There are subtle differences between all of them, but it basically boils down to:  a physical or nonphysical entity that guides and protects.

They were demonized by the church.


FEBRUARY -- The name February comes from Latin origins.  It is comes from the Roman month Februarius or "of Februa".

During this time around the 15th, a festival called Lupercalia was held. Presided over by the Luperci (brothers of the wolf, a sect of priests).  This festival incorporated the story of Romulus and Remus, the twin founders of Rome.  It honored the she-wolf that suckled them as infants.

Luperus (Pan for the Greeks) was the god associated. The februa were strips of goat skin that were smacked against the people.  For women and girls, to be hit by one was an insurance that they would be fertile.  So it was also a fertility rite.

Later the Februalia was also incorporated.  This was a ritual purification associated with washing with water since spring was a very rainy time of year. 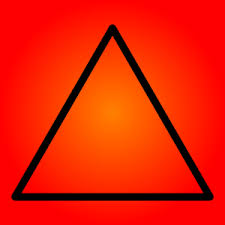 FIRE -- Fire is one of the four Elements.  It's cardinal point is South.  Fire is associated with the color red.  Candle, sun, love magic are all represented by fire.  It is masculine and a projective element.  It is both a destructive and rejuvenating element.  Fire magic is used to banish negative influences in your life or to purify.  The incense censor is the tool usually associated with it, but a candle is used to represent the element upon the altar.

FRIDAY -- Friday is named for either the Norse goddess Frigg/Frigga, Odin's wife and goddess of marriage, love, and destiny or for the Norse goddess Freya/Freyja.  She is the goddess of love, sexuality, war, death and a few other things as well.  She also received half the dead collected.  They went to Fólkvangr.  Odin received the other half who went to Valhalla.

There is debate as to whether Frigg and Freya had a common link or are the same goddess earlier in the history.

Disclaimer: None of these pictures belong to me.  I found them on Google.
A brain ooze by djinnia exposed to the world at 8:00 AM

Email ThisBlogThis!Share to TwitterShare to FacebookShare to Pinterest
These are what its about: A To Z Challenge, blog hop, day, elements, month, pagan, wicca