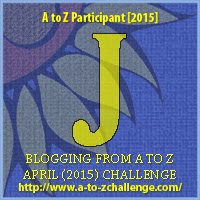 JANUARY --  Named after Janus, the god of doors, gates, transitions, beginnings and endings.  He is a god with two faces; one looked back while the other looks forward.

He was the beginning and end of conflict for the Romans.  His major temple in Rome was a key indicator if they were at war or peace.  At war, the doors of the temple were open, while the doors would be closed when they were at peace.  Let's just say that those doors didn't close very often.

His image came in different ways.  Sometimes one face would have a beard while the other did not, or they could both be bearded.  In some places he had four faces.  Plus, his image is on coins because in some stories, he introduced money.


JUMPING THE BROOM -- This tradition has been carried out for many centuries.  It may have been before even handfasting.  The Welsh tradition of priodas coes ysgub (broomstick wedding) might have come from the Romany (gypies) of Wales before it spread to a country-wide tradition.  The broomstick would be set in the doorway at an angle.  The couple would jump over the broom together, but if the broomstick was touched the marriage was considered invalid.

The besom is used for the modern tradition.  It's a way to star a marriage with a clean slate.  In other words, to jump the broom is a meaningful way of starting life together with the past swept away.  Usually it takes place after the wedding ceremony.

Historically, in Antebellum America, plantation slaves used this as a way to marry since they had no legal means of taking their vows.  Whether it came from their white masters or from their own countries of origin is still debated. JUNE -- Named for the goddess, Juno (aka Hera).  She was the wife/sister of Jupiter (aka Zeus).  She was the patron goddess of marriage and women.  She is one of the principle goddesses of the Roman pantheon.

The protecting guardian spirit of females was called a juno, which was a genius (aka family ancestor from the underworld originally). There were different ones for virgins, married women, marriage, and brides.


Disclaimer: None of these pictures belong to me.  I found them on Google.
A brain ooze by djinnia exposed to the world at 6:10 PM

Email ThisBlogThis!Share to TwitterShare to FacebookShare to Pinterest
These are what its about: A To Z Challenge, blog hop, month, mythology, pagan, wicca