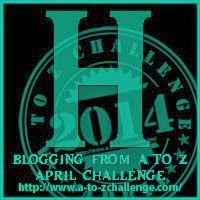 “That stupid gimcrack – as you call it – has turned out to be more trouble than we thought.”

Nándor sat on a wooden crate.  “Ahriman has a plan involving the object.  He’s not as imbecilic as we thought.”

Garrick smirked.  “Don’t tell me.  The object’s something important?  Have the Aerie hornswoggled you into believing that?”

Nándor glanced around the stable before speaking.  “As outlandish as it seems, Ahriman travels to Phaeris.  The divination granted me by one of their most powerful augurs has him resurrecting something there.  I think the object is the key to that hubristic goal.

His cousin burst out laughing.  “You must be jesting.  An entire country is in a hullabaloo because of a madman’s delusion and another’s fantasy?”  He sobered when he saw the utter sincerity on Nándor’s face.  “You said that it was ludicrous to believe them.”

Nándor grimaced.  “I was wrong.  The Aerie is genuine.”

Garrick’s jaw dropped.  “You are truly in earnest.”
“Yes.”  He stood.  “I’ll explain everything.  I must check on Lady Ruya.”
Garrick kept pace with him as they strode across the yard.  “You never did explain about her.  Is she a bodyguard as you claimed?”

Nándor stopped in midstride.  “No, she lives at the Aerie.  She’s the augur who divined Ahriman’s whereabouts in Enmyrnis.  That’s why I need you to come with us.  I cannot protect her alone.”

Garrick sputtered before he hissed, “The Aerie?  Did you kidnap her?”  His face relaxed as a thought occurred.  “You couldn’t help yourself, could you?  She is rather fetching, I must say, but not enough to – OOF!”

Nándor drew his fist away from his doubled over cousin.  “She found me,” he emphasized with a glare. “Get your head above your breeches.”

He left and went straight to the rooms.  He knocked gently on the adjoining door.  “Lady Ruya?”

“I am here,” she answered as she opened the door.

He could only stare at the vision before him.  Dark locks fell in curls around her.  Her porcelain skin glowed against the heliotrope gown.  Swallowing, he cleared his throat with an uncomfortable shift of his shoulders.  “I wanted to check to see if the meal arrived.”

“Good.  Good.  Get some sleep.  We have a long trip tomorrow.  The ferry leaves early.”  He backed out of the room.  “Don’t forget to lock the doors.”


They left the inn early to make the first crossing.  Nándor led her through the streets that were coming alive with the new day.  The scent of fresh bread hung in the air as they passed a bakery.  A clanking cart lumbered by with metal canisters of milk heading for the dairy.

Ruya heard the clopping of horse hooves behind her.  She turned to look and saw a scruffy faced man with habiliments wrinkled as if slept in them.  He stretched one muscular arm out as he covered his mouth with the back of his other hand, yawning audibly.  Scratching his tousled black hair, he arched a brow at her.  “What?  I’m hale enough, princess.”

An unwilling smile grew despite the concern she felt knowing this stranger followed.  There was something about him that was hard not to like.  When he shook his head like a dog to wake himself, she stifled an inappropriate giggle.

He must have heard because he tapped his horse’s side.  Her eyes widened and she gasped when he drew up alongside her.  She shrank away as he studied her.

“Well, she doesn’t seem like that much of a hellion?  I suppose I could keep her in line, coz.”

His words made her spine stiffen.  No one spoke to her like that.  “You will cease your –”

A lecherous smirk dimpled his cheeks as his eyes roved over her from head to toe.  “Enchanted, princess.”

She was aghast at his hardihood.  “Sir Eldavey.”

She started to turn away and ignore him, but then he yawned again, rubbing his eyes like a tire child.  She did not what to make of him.

They reached the port and dismounted.  After paying for their tickets, the porters led the horses down into the hold while they hefted their bags up the gangplank and onto the deck.  Nándor eyed Garrick as he leaned on the rail.  “So what made you decide to come?”
Garrick’s cheeky grin beamed.  He wrapped an arm around Nándor’s neck and yanked.  “You know I couldn’t allow my favorite cousin to journey to the hinterlands without me to protect him.”

Nándor pushed him off.  “I’m your only cousin, idiot.  And I don’t need protecting,” he bit out, affronted by Garrick’s insinuation.

Ruya held back laughter with upraised hands pressed to her mouth.  It would not due to draw attention, but Garrick’s antics were too much.  Her eyes widened when he turned his attention to her.

He ogled her.  “Besides, who would keep an eye on this one?  Two eyes actually, every day and at all hours until she can’t contain herself and throws herself at me.”  He then tried to do encompass her in his arms, but a stern grip to his arm stopped him.

Garrick threw up his hands and sighed. “All right. All right. I surrender.” Giving Ruya a playful smirk, he said, “I guess it’s up to you, princess, to ignite the passion between us.”