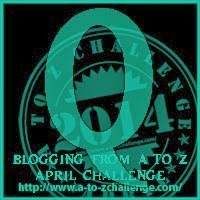 They left behind the Spear’s quagmire.  The ground was much more solid, but there were still large quaggy sections to steer around.  Splatters of white-grey mud streaked across both animal and rider.

Nándor was still wary, and Garrick seemed oblivious as he continued his querulous comments.  Only Ruya noticed that Garrick’s eyes wandered back and forth, which did nothing to quash the uneasy feeling that had plagued her.

The road changed as they moved farther away.  It enlarged and signs of extensive traffic began to appear after the passed the cutoff that took travelers around the swamp.

Three riders came out of the trees.  Two held crossbows at the ready.  “What have we here, boys?  A stray princeling in search of his big brother?”

Nándor halted Tesni and drew his sword in one flawless movement.  His gaze flicked to each of them before searching the shadows.  Were there more?

“What do you want?”  Nándor growled through gritted teeth.

The men laughed as they exchanged looks.  “Nothing much.  Master Ahriman just wants us to kill you is all.”

The man snorted as his hand came up to scratch his nose.  “You’re not getting it, are ya?  Why don’t you show him?”

Nándor was in a quandary.  What did the man mean?

“Nándor.”  Her voice had come out high and scared.


He did something no warrior would do when faced with the enemy.  He gave the enemy his back as he turned to look at Ruya.


Garrick had Ruya pulled off her horse and into his lap.  He had her pressed tight against his chest.  His arm imprisoned her and his dagger thrust against her throat enough to dent her pale skin.

Nándor was in shock.  Garrick could not be a quisling.  He may have been known for his quixotic behavior but this was too hard to believe.  It was impossible.

Garrick smirked, letting a dark chuckle escape.  “Coz, you seem so surprised.  Ahriman came to me long ago.  His offer was too good to resist.”  His looked down at Ruya.  “And now we have this little prize.  Ahriman will be pleased,” he murmured, kissing her from temple to cheek.

The other men hollered and cheered.


“Now be a dear and get off the horse.  Bern and Gerben want to make your acquaintance,” he said as tapped his horse forward.

He passed Nándor and reached the three men.  “Come on, Esben, let’s get going.  They’ll take care of Ahriman’s problem.”

The two men dismounted then pulled their swords free.

Garrick turned to look at Nándor, a smirk on his face.  “I don’t think so, coz,” he said then turned away with one final word.  “Make sure the quietus is merciful.”