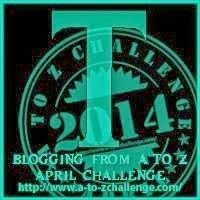 The forest changed as they travelled farther from the campsite. The lushness thinned until only the hardiest species remained and new, arid loving plants sprouted. They would reach the desert terminus of Enmyrnis within two days. Already torrid air pressed upon them.

Her turbid thoughts dogged her as they rode. Where was Nándor? Was he truly dead?

Her hands tensed on the reins as Garrick came into view. And Garrick? I do not understand.

She replayed last night for the hundredth time, her mind still awhirl. Her stomach had churned when the tent flap opened. Garrick stepped in and tied down the flap without a word. He turned to gaze at her, his brow arching in surprise. A timorous sound had escaped through her clenched teeth. His eyes fell to her lap. Her tremulous hands had been clasped there.

He opened his mouth to say something, but then he shook his head as if he changed his mind. Without giving her another look, he merely reclined on his bedroll.

She had sat there in the tenebrous tent, too afraid to move. She let out a gasp when he whipped back into a sitting position to glare at her.

“Go to sleep. We have a long road ahead across inhospitable territory.” He flopped down again, his back to her. “Besides, I’m too tired to tryst with you tonight.”

She tergiversated more than once. Was he as horrible as his behavior suggested or not?


Morning light burned his eyes. He had slept the night away. He remembered the toothsome water and the potion Tién must have slipped into it. Now his enemies had hours maybe a day on him.

It was a trachle to sit up and slide his feet off the side of the bed. He held onto the bedpost as he forced his legs to support his weight. He shuffled toward the chest where he saw his clothes. He had to get to her.

He cursed at his cousin’s temerity. How could he have done this? What was he thinking believing Ahriman? How long had they planned this? All this time . . . he had been a fool.
Now he had to fix his mistake. He had broken his tutelary troth when he allowed her to be taken.

He wheezed out a breath as he lifted his arm to put on his mended shirt. His imagination ran rampant as he thought of the truculent turpitudes those men would suffer on Ruya.

I will make it right. If it’s the last thing I do, I will avenge all that she endures.

As he tried to shove his feet into his boot, Tién entered the room. “What do you think are doing? Do you want to open your side?”

He said nothing as she raised his shirt. “Good. You are lucky. They are still intact.”

She tried to take back bed, but he pulled his arm away. “I can’t. I need to catch those men.”

Tién grinned. “That is what I came to tell you. Our warriors will go with you.”