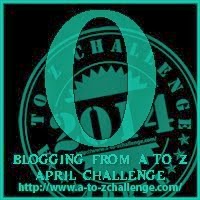 Nándor woke her as the sun just tinted the sky from blue to grey.  Ruya did not protest once she saw his taut face.  He moved to Garrick’s side.  When Garrick made his normal early morning protests, Nándor shoved him hard and ripped his cloak off.  “Get up.  Now.  We have to leave.”


He ignored Garrick’s objurgative statements as he readied the horses.

“What is wrong?” she asked as she hastily broke camp.

He nodded toward the southwest.  “Storm.”

Ruya turned and she gasped in fear.  In the rising eastern light, she saw the sky blacken ominously with occludent clouds.  The storm front obnubilated the entire horizon as it traveled closer.

“It’s miles off,” Garrick murmured, but Ruya heard the uncertainty in his voice.

Nándor turned his cold gaze to his cousin.  “We’re not going to chance it.  I’ve heard of these storms.  They can bring about a destructive force most can’t even fathom.”  He looked at his companions questioning looks.  “They are known as Towers of the Gods.”

The wind picked up as the storm obfuscated the sky, its black fingers crawling across the last of the untouched dawn.  A crack of thunder rolled, and the horses startled and whinnied in distress.

“We leave now.”  Nándor’s tone brooked no argument.  They mounted and rode as fast as the grassland would allow.

The storm overtook them in increments as their mountainous destination came into view. The wind pushed at them, ripping at their clothes. Then the rain came in an olio of degrees. It was soft at first, then lashing, and lastly pouring down upon them in thick sheets before backing off as the wind overtook them once more. Lightning flicked liked forked tongues. Thunder resounded so loud it chattered their teeth.


As the storm rampaged around them, he regretted not returning her to the Aerie.  Now, it was too late.  Nándor dared not stop.  This was the first time the he felt the onus of this journey.  He had held lives in his hands before, but they were soldiers.  They knew the dangers.  Ruya did not.  She was part of a sheltered world.


Suddenly, the Moon Plateau gave way.  The icy grass thinned then vanished altogether.  The storm continued but it lessened as the land inclined.

They had made it.


When Nandor finally allowed them to stop, the horses’ sides heaved.  “We need to find shelter and water.  The horses need to feed and rest.”
“Princess, why didn’t your little brain give us an oneiric warning, hmm?”

Ruya made a move to say something, but Nandor beat her to it.  “Back off.  She’s not to blame.  We both chose this path knowing the dangers here.  She did not.”

Garrick blew out a breath and flicked back his dripping hair from his eyes.  “You’re right, coz, as always.”  He gave her an obeisant nod.  “My apologies.”

“No need.  I was not offended.  My augury can be vexing with its unpredictability.”  She frowned.  “What is the matter?”

“Well, I can say one good thing came from the storm,” Garrick murmured as he focused an oeillade somewhere below her face.  “That shirt does wonders when wet.”