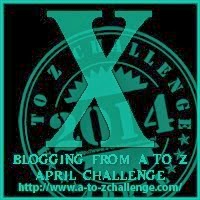 He left the sounds of clashing swords and shouts behind.  His instincts demanded he return and face the immediate foe, but he forced himself onward.  The Sylvan would take care of Ahriman’s followers.  He needed to reach the faint light flashing in the distance.


Nándor knew Ahriman and Garrick were there.  And Ruya.  His hand clenched on the grip.  Ruya.

He slowed his horse as he approached.  There.  They stood high above upon an outcrop.
Dismounting, he sneaked toward them, using the shadows as cover.  They vanished from his sight as he moved around to the stairs and began to climb.  He hesitated with each step.  He did not want to alert them to his presence by stepping on the dried remnants of the xeric plant life.

At the landing’s precipice, his head was just visible, but he had a clear view.  He watched as Ahriman caressed the stone reverently.  “I will have my wish.  I will have the means to rule my people.”

He lifted the stone to eye level, peering deep into it.  The light painted his face sick lavender.  The stone’s thrumming grew louder as if it acknowledged Ahriman.  It set Nandor’s teeth on edge.

“Now witness the rise of a new king.”  Ahriman set the stone in the depression on the xanthous pedestal before him.

A deep rumbling began as violet light raced down the pedestal and around the circle.  The thumping heartbeat grew louder.  Ruya cried out and gripped her head as Garrick held her upright.

Nándor held back.  To attack now was folly.  To have the full advantage of surprise he needed more distraction.

“Take her to the pedestal and put her hand on the stone.”
Garrick hesitated.

Garrick half dragged her there.  She protested as he lifted her hand to place on the stone.

“Stop!” Nándor shouted.  He strode toward them.  “Let her go, Garrick.”

Ahriman rushed and yanked Ruya from Garrick’s grip.  “Kill him.  I’m too close to my goal to see it thwarted.”

He did not spare a glance to see if Garrick obeyed.  He took her limp hand and slammed it down onto the stone.

Nándor’s “NO!” echoed out in tandem with Ruya’s piercing shriek.
Ribbons of purple power shot down into the ground from the podium.  The stone circle shattered as light flared from underneath.  The ground rumbled as it cracked, crunching and grinding.  Air exploded from underneath, spewing xanthic dust into the air.  The entire circle fell away.

The intense vibrations sent pebbles and dirt hurdling in manic bounces.  Nándor lost his footing on a loosened patch.  He had remained upright by sheer force, but it was a near thing.  He gritted his teeth as agony sliced up his side.  Hot and wet trickled down his skin as he gained his balance.

He waited for the bite of his cousin’s weapon.  Only Garrick was not attacking him.  He grappled with Ahriman a few feet away from the podium.  “Get Ruya!”


His eyes widened in horror as he reached her.  Her body arched back even as the hand grasping the stone strained.  Blood ran down her nostrils and the corner of her open mouth.  Her eyes, open and unseeing, were dilated so far that the only a thin strip of color remained.

An energy shock went through him when he took her wrist.  He wrenched her hand away from the stone.  Ruya slumped in his arms.  He moved her out of danger, setting her down gently.

Then the unthinkable happened.