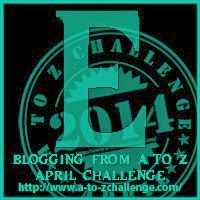 Nándor tightened the cinch on the saddle before checking the rest of the tack.  The horse pawed the ground and shifted in anticipation.  “I know, boy.  I can’t wait to leave as well.  This place is too strange.”  He grinned.  “I do like Lady Ruya.  She has a mischievous streak in her.”

He thought back to last night as he finished checking the tack.  “I wonder what went on between the Doyen and her and why she –” he bit back his words, cutting off his thoughts.  Swinging into the saddle, he dismissed them with a breathy laugh.  “It’s not my business.”

His mind returned to his audience with the Doyen earlier that morning.  A single bell rang out to signal that empyreal prayers were about to begin.  The dawn service was open to all, and he watched many of the Aerie’s guests take up the offer.

Nándor had been summoned to the Doyen’s retreat.  For what purpose, he did not know.  It was an invitation he dare not refuse.

The bell’s last toll had faded when his escort came to show him the way.  He followed the young blonde woman to a large doorway.  She knocked.  At the Doyen’s command, she opened the door and allowed Nándor to enter.

“Ah!  Welcome, sir.  Lady Ruya speaks highly of you.”  He motioned for Nándor to sit.  “I have news for you.  A new direction to pursue what you seek.”

Nándor studied the Doyen just as the Doyen studied him.  “Is Lady Ruya well?  I could not help but notice her sudden retreat last night.”

Cem hesitated for a split second.  “I am afraid she is indisposed.  It is nothing serious, but she is too unwell to deliver this message herself.”  He reached for the folded parchment on the low table between them.  He held it contemplatively, sliding his finger down the folded edge.  He handed it over, his face puckering in dissatisfaction.

Nándor read the missive.  His eyebrows shot up in bewilderment.  “Enmyrnis?”
The Doyen’s mouth thinned.  “Her gift is strong.  That was the place in her divination.  I would believe it.”

The audience ended soon afterward, but Nándor thought the Doyen had not been pleased.
Now, as he saluted the gatekeeper and exited the Aerie, he did not understand the Doyen’s irritation.

He hoped he would never darken the Aerie’s door again.  The eldritch atmosphere scrambled his senses and instincts.  He had not been able to relax his guard.

He gave it one last look before turning Tesni down the path.  He kept his eyes peeled, ready to defend himself.  With two days travel to the mountain’s base and the fork to the main road, he had plenty of time to plan the trip to the border.

Enmyrnis.  He still had no idea why Ahriman went to that desolate place.  It was nothing but barren wasteland.  What held the esurient rogue’s interest?

Then it struck him like an arrow.  His hands tightened on the reins, causing Tesni to whinny and shake his head in protest.  Releasing his death grip, Nándor leaned down and patted Tesni’s neck.  “Sorry, boy.”

He searched for the evanescent city.  The mythical Phaeris?  Could it be that Ahriman believed the old tales?  Did he truly think the sacred object came from there?  Was that why he stole it?

The legendary city was just an ephemeral dream, a myth when his great-great grandfather’s great grandfather was a boy.  Many expeditions tried to find the lost city, but few returned sane and most never returned at all.

A flash of color brought him back the present and the forest.  He cursed himself for a fool.  He had dropped his guard when he needed it most.  He espied a second flash.  Someone was following him.

Nándor kept track of his shadow but did not tipoff his pursuer that he knew.  He waited until he rested Tesni before turning the tables.

Nándor slipped his dagger from his sheath and stalked his shadow with quiet efficiency.  Ghosting through the underbrush, he found both horse and rider.

With the boy’s back to him, it was easy for Nándor to sneak up and slam his hand over the boy’s mouth.  Hands flew up to struggle only to stop half way when Nándor’s dagger pricked at the vulnerable skin of his throat.

“If you move, I will slit your throat.  Do you understand?”  Nándor pressed the blade deeper in threat.

A slow nod gave him grim satisfaction.  “Good.  I will release you, but I will kill you if you try anything.”

The boy nodded again.  Nándor let go and backed away.  “Now answer my questions.  Why are you following me?  What do you want?”

“To help you,” said the familiar voice, turning to face Nándor.

“Ruya!” he choked, shoving the dagger into its sheathe.  “What are – How did – That’s what I saw in the stable last night.  You planned to leave and you used me as an excuse!”