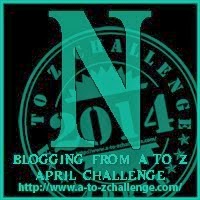 Three days hard travel had them all on edge.  They were two days from the Enmyrnis border.  They cut many leagues from their journey with Ruya’s unexpected augury at Thorn Library, but the path they had decided upon would have scared a neophyte to death.

Their route went through the backcountry across Moon Plateau.  The high plain boasted of white plant life.  Thick waves of snowy grass swished with each breath of wind.  Cottony flowers peeked from equally pale foliage.  Even the berries were drops of ice on the rare clusters of bushes.  Only they were as dangerous as they were beautiful.  Nepenthean toxins were inherent in all the plants.

Once ingested or absorbed through the skin, all will became lost in a hazy euphoric bliss and susceptible to attack, and the animal life was just as dangerous.  Many were nocturnal predators that stalked the sparse herbivores that thrived in this environment.

Despite the dangers, brave souls including naïfs, nebbishes, and experts came to the plateau to make a fortune, a fortune in insect carcasses.  Only not just any insect.  They hunted for one particular insect, the Pearl Fly.

The rich coveted the nacreous exoskeletons.  They were the nonpareil decoration for garments and jewelry, and they would pay extraordinary amounts of gelt for the nitid things.

The horses were the most vulnerable here.  Not only did they have to keep them from grazing, they had to guard them from being attacked in the night.

“I’ll take first watch,” Nándor said as he placed the feedbag over Tesni’s muzzle.  “Garrick, get some sleep.  You have next watch.”

Garrick gave a halfhearted salute as he pulled his cloak from his pack.  He walked up behind Ruya and wrapped them both in the folds of the heavy material.  He chuckled as she squirmed before blowing a hot breath on the nuque just below her ear.  “Would you like to cuddle with me, princess?  The tonight is going to be cold.  I would definitely keep you warm.  All.  Night.  Long.”

She gasped at his audacity.  She did not know why she kept being surprised.  She should be used to his behavior by now.

“Let go, miscreant,” she said in a haughty tone, her chin lifting in arrogance, but her eyes gave away the laughter.

Garrick released her and sprawled on his bedroll.  A salacious grin oozed over his face.  “Last chance, princess.”


She shook her head, continuing to unroll the bedding.