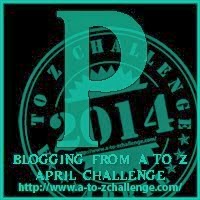 They found shelter in a huge fissure that turned into a cavern and waited out the storm, but after those hours of delay, they continued their journey. Water and fodder were plentiful in the mountain passage they traversed.


The crescent moon peeked above the lavender horizon as they exited the passage.  Before them, foothills rolled as far as the coming night would allow.  They made camp in the lee of one of the larger hills.


Their fire burned low.  The men’s voices were mere whispers in palaver.  They discussed what to expect when they reached the Spears, the swamp in Ruya’s prescient vision.  Then Garrick blurted.  What is his intent?  Do you think it’s a putsch?”

Ruya listened in silence.  She curled deep into her blankets, gazed at the moon, and frowned in pensée.  They had until the full moon to reach Phaeris or to overtake Ahriman before he reached it.


Their peregrination was swift.  In less than a week, they arrived at the Spear.  The spire that gave the swamp its name was located in the swamp’s heart.  They headed there, hoping Ahriman had not surpassed them.

Garrick’s plaints about the odor and filth increased as they closed the distance.  “Coz, the mud is getting everywhere.  I just can’t have that.  It’s soaking into my saddlebags.  I have my velvet doublet in there.  And these insects.  Really, coz, they’re trying to eat me.”

Ruya agreed with Garrick about the bugs, but she giggled at Nándor’s mutter.

By afternoon, they reached the sea of reeds and the Spear.  Rising above the lake was a round-faced stone spire.  It stood straight and tall until two feet above the milky water.  There the stone shot out before angling inward where the water current had weathered it down into the shape of a spearhead buried into the watery earth.

Profuse mist filtered through the moss covered trees making visibility near impossible at times.  Nandor kept his hand upon his sword as they slowed their pace to keep on the path.

Ruya shivered as they left the lake behind.  Her stomach churned and her heart sped up.  The presentiment came swiftly, but what did it portend?