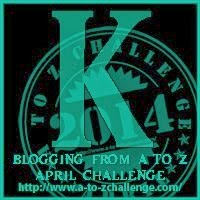 The ferry docked at Perine on the far side of Loch Hyern.  Located at the northern tip of the loch, the kitschy town was the antithesis of Loch’s Landing.  Where it had once prospered, it now showed signs of becoming rundown.

The docks were kept up and relatively clean, but on the streets just outside, shadows hung in doorways and alley entrances.  Kenspeckled prostitutes stood together in small groups.  Their garish but worn clothes gave testament to their profession.

Garrick retrieved their horses, checking each of them.  They left the dock and down the street as fast as possible.  “Let’s get out of here, coz.  We don’t want to attract any more attention than we have already.”

Nándor glanced at him.  “I thought you thrived in such knavery?”

Garrick looked affronted.  “Even I have my standards.  I would like my death knell well into the future.  I like myself too much to even think about doing that with a corner girl.”  He flicked a gaze at the blushing Ruya.  “And I wasn’t talking about me.”

A tingle of awareness tingled at the back of Nándor’s neck.  He frowned as he flicked his gaze to the streets and the covetous stares they were receiving.  He tapped Tesni into a cantor.

Once they reached the city proper, Nándor slowed, allowing Ruya and Garrick to draw up beside him.  “We have a stop to make before we head toward Enmyrnis.”

“Where would that be, coz?  And why did we come to Perine?  It’s out our way.  We would have made good time over land.”

“Ah, that tells me exactly nothing.”

Nándor shook his head in disgust.  “Unlike you, Garrick, I keep in touch with kith as well as kin.”

“Who could be that entertaining?”

Ruya glanced at each of them.  “You two must have been a trial to him.  I have no doubt.”

Both Nándor and Garrick grinned like two kobolds.  “You can say that again, princess.”

“Yes,” Nándor concurred.  “As kinchin, we were horrible to teach.  He wanted to feed us to the kelpie in the lake, but even they did not want us.”

A half hour later, they reached the massive stone building.  Lichen and ivy grew in profuse abundance upon the grey-black façade.  Stairs led up to two heavy wooden doors worn with age.

Ruya eyes grew huge.  “What is this place?”

Garrick chuckled as he helped her dismount.  “It’s Thorn Library.  It’s one of the few intact depositories left from before the war.”  He wrapped an arm across her back and pulled her tight against him, his fingers caressing her side.  “Would you rather explore the town, princess?  I could show you a good time while Nándor suffers the stink of old tomes and tedium.”  He nuzzled her ear and whispered, “It’s kismet, princess.”

A solid elbow to the gut had him grunting as he let her go, while Nándor watched with a grin.  Her eyes burned.  “Knowledge is never tedious.  Books are important, and only dullards find them boring.”

Garrick rubbed absently on the abused spot, glancing over his shoulder as his cousin came up beside him.  “She has you pegged, doesn’t she, cousin?” Nándor said with a consoling pat to Garrick’s back.

They both watched her climb the stairs.  “Coz, I think she’s too much for me.”