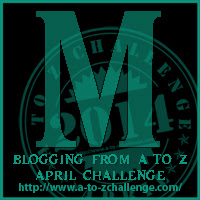 The malediction that flew from Nándor’s mouth had Garrick’s jaw dropping.  His cousin never lost his stoic demeanor.  He watched in awe as Nándor paced like a caged animal around the room.

“You do realize, coz, that you shouting at her was not the most gentile thing you could have done.  I mean heartfelt words should be said when the object of their affection is awake,” Garrick pointed out, a moue of dissatisfaction on his face.

Unfazed by the death threats, he continued magniloquently.  “Ruya!  Come back to me, Ruya!”

The only thing that saved Garrick from a bloodied face was the quiet words, “She’s waking.”

The miasmal gloom surrounding Nándor lifted when he saw the conscious Ruya.  Concern etched his face when he saw her wince at the light.  “What’s wrong?”

“Nothing, Alim said, bringing a vial of cloudy liquid with him.  “She is suffering the effects of a megrim.”

Ruya took the vial but hesitated.

“It is nothing more than a simple mithridate,” Alim assured.

Alim  shook his head.  That is not what I meant.  This one is for when the body poisons itself.”  He offered the vial to her.  “Take it.  It will help,” he urged.

Ruya took the vial and drank.  She was surprised by the mellifluous taste.

Alim nodded in satisfaction.  “I found this mithridate in a text hidden away in a recess.  The ancient language is hard to decipher, but it holds so much knowledge.  It is a truly astounding book.”
He motioned for Nándor.  “Let her rest now.”

They jumped from their seats and moved to the doorway where Ruya stood.  They led her to a chair.  “How do you feel, princess?”

“Better.”  She smiled at Garrick but her expression quickly became a maelstrom.  “I know how to get there and when he will.”

With that, she told them.