A to Z Challenge. CHAPTER-TWENTY-FIVE -- HEARTSTONE {PG-13 for gore and violence} 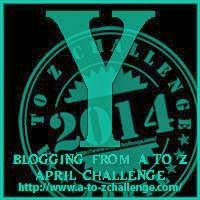 Garrick’s yawp echoed.  His sword fell from slack fingers, clanking harshly on the stone.  His knees buckled.  He toppled to the ground and did not move.


Ahriman spat on the downed man, kicking him in the side.  “I knew you would show your true loyalties.  Did you really think that I would trust you?  You stupid fool.”

His head snapped up, his dark gaze burning.  “And now for you, brother,” he said, a smile creeping up his face.  “I knew you would try to stop me, but you’re too late.”

Strange whirring noises came followed by chains clanking.  The earth hummed in vibration.  Ahriman’s arrogance vanished as his eyes widened in reverence at something behind Nándor.  “Behold Erra.  The great metal beast from the sky.”

The yen in his brother’s voice shook Nandor.  Erra, the monster of legend.  The thing that destroyed Phaeris. Was he too late?  Was there time to stop it?

Nándor stepped to the side to see a monstrous metal creature rising from the ground.  Vaguely shaped like a man, where the eyes should be was glowing violet glass.  Light seeped from streaks along its face, shoulders, and chest.

Erra’s metallic face stood a man’s height taller than Nándor.  The width of the chest was the size of a small building.  Pockmarks and scrapes marred the armor plating.

A hissing sound had him shuffling away.  He watched as the chest opened to reveal a cavity.  Blinking lights flashed as they let Nándor see the interior.  Alien magic surrounded a lone throne.  Above the throne, there was an orbital hole, and Nándor assumed it was where the sacred object rested.

“No, Ahriman.  You’ve resurrected something evil.  It wants to destroy our world.”

Ahriman eyes sharpened as if returning to the real world.  “You know nothing, brother.  You will not stop me,” he hissed, raising his sword to attack.

Nándor blocked the downward strike.  He clenched his teeth as his arm almost gave way.  Ahriman’s unrelenting strikes sent shockwaves of pain with every parry, and he mentally cursed as sweat sprouted all over his body.

Ahriman laughed, watching his brother tire.  In a yare volley of moves, he trapped Nándor’s sword with his own.  A forearm stopped the fist aimed for his face.  He rammed his own fist into Nándor’s ribcage.

Nándor’s yielding knees hit the ground hard.  Muscle spasms ripped down his side.  His eyes rose to see Ahriman’s gloating expression.  “And now you die.”

The sword weighed the world as it scraped across the stone.  They had not noticed in their fight.

Nándor was losing.  His arm seemed weak.  Had he been injured?  Did he have the strength to hold out long enough?

You don’t want to do this.  We can rule this pathetic planet.  Join me.

Ignoring the hollow voice, trembling arms raised the sword and brought it down upon the podium.  It missed the stone but hit where the violet power still poured.  The strange protrusion cracked and tiny bolts of energy shot out causing a shock.

You will regret this!  I will not allow you to destroy me.  I’m more powerful than you can imagine.

The sword rose again.  This time it skittered off the stone and lanced the same spot.  Power surged.  Sparks shot forth.  The thrumming warped to a sick jangle.

The words burned like terrible acid then were shoved far away.  The sword lifted for the third time.

The sword was poised to fall when he folded in on himself.  His eye veered to Erra.  “What have you done?”

His steel grip bruised her arms.  He shook her hard before flinging her away.

Ruya slammed into the ground.  A cry escaped as pain exploded in her hip and arm.  She watched as the Ahriman raged.

Purple fire crawled over the broken conduit oozed across the podium.  It spread like lava down to the ground, where it breached the other conduit tubes.  It poured into the deep crevasse where Erra had rose.

Retrieve the Heartstone!  Do it now, Ahriman!
She heard the words.  Her chest clenched in horror.

Foot-tall flames encompassed the podium.  Ahriman plunged his hands into the fire without fear.  It was as if he did not feel the blisters and cracked skin oozing.  It had no impact on him.  He only laughed as his ruined appendages withdrew from the blaze with the stone.
He moved toward Erra.  “We will kill them all, Erra.  We won’t let anyone stop us,” he said as he took the first step into chest.

He grunted as Nandor threw himself onto Ahriman’s back.  He used his body weight to yank Ahriman back onto the outcropping.  Nándor wrapped his hand around Ahriman’s ruined arm and jerked it toward him.

The blackened fingers released the object.  It flew behind them, bouncing then rolling toward Garrick’s prone body.
The men brawled.  This was her chance.  She scrambled to reach the object.  Her heart lurched at Garrick’s death, but then, she took the dagger from his belt sheath.

An ominous creak echoed.  The shriek of twisting metal squealed from below.

Ahriman threw Nándor off with a groan, watching his brother hit the ground and roll once.  Purple fire raged as Ahriman whirled to face Ruya.  “Give me the stone.”

Ruya shook her head, raising the dagger.  As he rushed forward, she brought the dagger down with all her strength.  A sharp cracking, almost too quiet to hear, sounded.  The cacophonous thrumming stuttered, pulsed, and then stopped altogether.

Ahriman roared.  His oozing fingers readied to strangle her.  Without warning, a blade flew passed her peripheral vision, followed by a hand, and then an arm.

The blade pierced Ahriman just under the ribcage.  He staggered back and fell.


Groaning, he fell back on his haunches.  “Hello, princess.  Can we leave now?”

They helped each other to their feet, tottering toward Nándor.  He had risen and was shaking his head to clear it.  His eyes widened in astonishment when he saw them.

Screeching metal had all their gazes flying toward Erra.  It yawed left then right.  The fissures of light along its body ignited.  Flares shot out before the inferno exploded.

“Nándor!  Hurry!” Tién yelled as warriors rushed up to them.  Then in a flurry, arms clamped around each of them and ferried them down the stairs.  Next thing they knew, they were far from the firestorm, far from the city.

As Tién took care of their wounds, Ruya shivered.  The legendary city burned purple, and with it, the twisted evil that had fallen from the sky.

A warm hand cupped her side, and she pressed her cheek against him.  “It’s over,” she whispered.

Email ThisBlogThis!Share to TwitterShare to FacebookShare to Pinterest
These are what its about: A To Z Challenge, stories, word of the day, words, writing
Newer Posts Older Posts Home
Subscribe to: Posts (Atom)