IT IS LIVE!!! TREE OFLIFE: THE EBOOK!

Tree of Life is now live.  This is for a truly great cause.  Please check out Samantha's gorgeous blog post with the amazing art work. 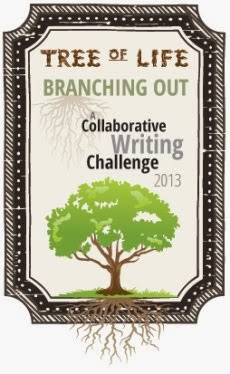 A brain ooze by djinnia exposed to the world at 12:20 PM No comments:

Email ThisBlogThis!Share to TwitterShare to FacebookShare to Pinterest
These are what its about: art, audiomachine, books, collaboration, ebook, education, Ryo Ishido, Tina Downey, Tree of Life, tribute, writerlysam, writing

So next month is October and the best holiday (IMO) is coming up!  HALLOWEEN!  WOOT! As I cannot stop myself from just going all out, I have signed up for the Halloween Blog hop.  Sara Snider is hosting it.  Clicky on her name and join up.

Write a story, post an image, or do just about anything really as long it's Halloween related.

The rules for this blog hop are:

A brain ooze by djinnia exposed to the world at 10:56 AM No comments:

Email ThisBlogThis!Share to TwitterShare to FacebookShare to Pinterest
These are what its about: blog, blog hop, fun, Halloween, holidays

Today is a world of Underrated Treasures, Peeps.  Brought to us by the awesome Alex J Cavanaugh.  These are things I love despite their obscure nature. 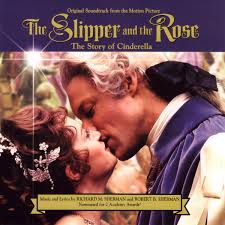 It takes place in 1700s Europe in a fictional country called Euphrania.  They need a political alliance with a larger nation to survive, but the Fairy Godmother has other plans and introduces Cinderella to the prince.

The landscapes are beautiful and the costuming!  The stunning array of knee breeches, embroidered coats, waistcoats, and even the lawn shirts is only rivaled by the OH-MY-GOD-I-CAN'T-BREATHE corseted bodices and pannier skirts during the ball scene.  Also the epic powdered wigs come out to haunt us with the premature aged effect along with those great beauty patches that look like ginormo -- I don't even want to say it. Hee hee.

It follows the Charles Perault version of the story and it is a musical.  Wait!  Before you run off to the hills in terror, let me tell you it's not like Rogers and Hammerstein (although the Disney version with Brandy wasn't bad).

Plus, it deviates from the original story.  Le Gasp!  Ol' Cindie is sent away!  In actuality, that is my favorite song.  Tell Him Anything is the "Get-Him-To-Hate-Me song, sacrificing her happiness for the good of her nation.  So rather than have the prince hate his father, she wanted the blame to be put on her.

It may have the gouda, cheddar, and colby jack moments, but who wouldn't want to see old men in froufrou with bouncing curls as they sing about protocol.  Heh heh heh.

I have two tv shows that are underrated. First, Korean Dramas are underrated in general because you have to have the patience to read subtitles. Only I'm not talking about Boys Over Flowers, To the Beautiful You, or Playful Kiss.  Nope.  Those are some of the most popular ones.  I'm talking about Chuno specifically.

Chuno, or Slave Hunter, is a historical drama that has everything that makes for great watching: love, death, friendship, comedy, drama, romance, betrayal, epic sword battles, loss, and some gorgeous eye candy for those of the feminine persuasion.

Its about a nobleman who becomes a slave hunter, a slave girl that becomes a noble, and a man on a mission to save a prince.  Along the way, their paths cross in a complex interwoven web.  From court intrigue, assassinations, battle sequences, beautiful music, and a Romeo and Juliet-esque back story, this show is definitely underrated.

This is a manga/anime series based on a book series written by Fuyumi Ono.  (I want to read them so bad!!)

The series is about a teenager named Mai Taniyama who finds a video camera in an abandoned school.  She ends up causing an accident where the camera breaks and a man is injured.

Naru (as she calls him) hires Mai as his assistant while Lin, the injured man, recovers and to pay for the camera she broke.  She finds out that they are using equipment and experiments to find out if the school is haunted.  Think something along the lines of Ghost Hunters.

It's underrated because the book series did not get fully manga-ed or animated.  So there are missing story lines and hidden secrets still unrevealed -- well, unless you google them and read all those lovely spoilers.


Lastly, I want to talk about a book called Dragon's Bait by Vivian Vande Velde. It's not your typical

dragon story.  No, this dragon doesn't eat the girl; he helps her get revenge.
DU DU DUN!!

I love this book for the characters and how they tolerate but not trust each other.  Reading how Selendrile manipulates, pokes, and prods Alys to do things. Alys, on the other hand, learns that there are many shades of grey.  Even the dragon learns a thing or two by the end of the book.

It doesn't contain the insta-love or love triangles or, in some cases, decahedrons that newer YA seems to have.  Nope.  This book has more animosity between the main characters than anything.
A brain ooze by djinnia exposed to the world at 11:55 AM 25 comments:

TREE OF LIFE -- CELEBRATING A LIFE

In the celebration of a life that has touched the lives of so many bloggers from around the globe, Samantha Redstreake Geary is creating a tribute to the life of Tina Downey.

This ebook is the collaborated efforts of 26 authors Tina included.  Each individual work from Tree of Life: Branching Out is connected to one of the beautiful pieces music from Audiomachine's album Tree of Life.

The stunning cover was created by Ryo Ishido.

The ebooks's proceeds will go to an education fund for her two boys.

I will add links when the book is available.  Let's celebrate this wonderful life together.

A brain ooze by djinnia exposed to the world at 10:27 AM No comments: