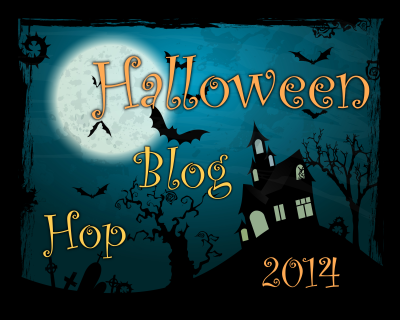 In pagan and Wiccan religions, this is the time when the Goddess is in Her third aspect, the Crone.  She is symbolized by the waning moon.  It is said that the God dies before He is reborn at Yule, the Winter Solstice.  It is when those who have gone before are remembered.

Another tradition happened to be to wear a mask if one had to travel on that night.  It was to fool the spirits.

Even the Romans had similar traditions that were incorporated into Samhain.  Feralia -- when Romans commemorated the passing of the dead, and Pomona -- when the goddess of fruit and trees, Pomona, was honored.
Many use this time for divination.

As Catholicism spread, the church kept some of the practices from the original.  It was when All Soul's Day came about as well as the name All Hallow's Eve (Halloween) or All Saint's Day.

Interestingly Dia De Los Muertos has similar rituals as Samhain although it was an Aztec holiday.  It boasts of honoring the dead, spirit visitation, and the offering of food.

Originally it was a month long
celebration around August honoring the goddess Mictecacihuatl.  The Aztec were definitely not shy about the dead.  When Catholicism reached them, it was moved to the same time as Halloween.

A brain ooze by djinnia exposed to the world at 8:00 AM 10 comments:

Email ThisBlogThis!Share to TwitterShare to FacebookShare to Pinterest
These are what its about: blog hop, favorite things, festival, Halloween, holidays, pagan, wicca

Today Reuts has revealed the cultures for their projects.


I'm a little sad to see that Native American, South American, and Oceanic ones are missing.

I had some awesome creatures from a tribe in the Native American culture.  Sadly, I can't use it as a main story, but I will slip it in because I can and will.
A brain ooze by djinnia exposed to the world at 12:47 PM No comments:

Email ThisBlogThis!Share to TwitterShare to FacebookShare to Pinterest
These are what its about: NaNo, NaNoWriMo, Reuts, Reutsway, short stories, stories, writing

A brain ooze by djinnia exposed to the world at 2:58 PM No comments:

Email ThisBlogThis!Share to TwitterShare to FacebookShare to Pinterest
These are what its about: mythology, NaNo, NaNoWriMo, Reuts, Reutsway, short stories

It's official!  We have a theme!

Yeppers!  Now let's get out there and Start Your Research!

Hmm, that was sorta like cars start your engines . . . But it applies!
A brain ooze by djinnia exposed to the world at 6:57 AM 4 comments:

Email ThisBlogThis!Share to TwitterShare to FacebookShare to Pinterest
These are what its about: Reuts, Reutsway, stress, submissions, writing

It is fun and rewarding.  So join in the crazy and write 'till your brain oozes out your ears and your fingers are numb!
A brain ooze by djinnia exposed to the world at 11:05 AM No comments:

Email ThisBlogThis!Share to TwitterShare to FacebookShare to Pinterest
These are what its about: favorite things, fun, my strangeness, NaNo, NaNoWriMo, random life bits, Reuts, Reutsway, stress, writing

That's right Peeps!  Reuts is unfurling the red carpet on the second round of crazy madness for NaNo.

Not only that they have a sign up for the the cover reveal and blitz for the release of last year's project!

Come join the fun!
A brain ooze by djinnia exposed to the world at 7:22 AM No comments: