Okay, I've come back to this series because in this book 99% of the characters ARE NOT HUMAN! Most of the characters are demons, gods, and various other entities.  If I'm not mistaken there are six true humans in the entire book:  Nick's mom, Bubba, Mark, Casey, Alan, and Tyree. Alan and Tyree only show up for maybe two chapters, and Casey shouldn't count because she's possessed.

Anyway, Nick has more fun, fun, fun adventures trying not to get killed or drained or kidnapped by beings that want his powers.  Also, he's on the outs with Kody because Death (aka Grim) has to screw with him. How else can he bring about the Apocalypse, I ask.

All in all, it was a good book, but it took me longer to finish because I was not enjoying the Casey moments.  It was one of those things where I wanted to bash her head in because she made my skin crawl, which happened to be about a third of the book in the middle.

Once that was over, the rest of the book was awesome because the action happened and the shiznit hit the fan in a major way.  AND THEN THE ENDING!

Omg! That ending was a WTF if ever I read one!
A brain ooze by djinnia exposed to the world at 11:41 AM 3 comments:

Email ThisBlogThis!Share to TwitterShare to FacebookShare to Pinterest
These are what its about: book, books, mythology, paranormal, reading, reading challenge, series, young adult 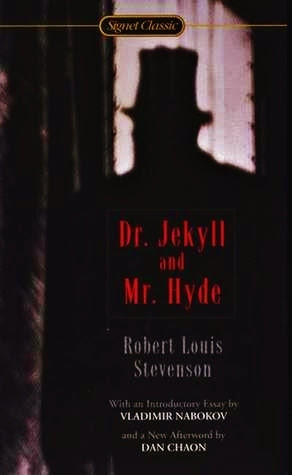 Okay, I had to fudge on the cover for this book.  The version I read was from Arcadia House and published in 1950.  It held the novel Kidnapped as well.  I could not find a picture of it like I did with Oscar Wilde.

Anywho, The Strange Case of Dr. Jekyll and Mr. Hyde was written by Robert Louis Stevenson and published in 1886.  This was a novella technically.

It's about a Doctor Henry Jekyll who created a solution from different compounds that transformed him into his purely evil side called Edward Hyde.  Only somewhere it went wrong and the doc lost control of his metamorphosis.

Hyde did all the doctor wished he could do.  It's almost like he wanted to be Dorian Grey only he didn't want to own up to his dark desires.  He just wanted to reap the benefits and live vicariously through his other persona.

I was somewhat disappointed by the fact that most of the actions were after the fact.  I was hoping I to live through the adventure, but that was not the case.  We get to see the aftereffects through Gabriel Utterson, Jekyll's lawyer and friend.

Other than that, it was an interesting book, which put me into the mood to read Mary Reilly by Valerie Martin and watch the movie with Julia Roberts and John Malkovich.
A brain ooze by djinnia exposed to the world at 12:46 PM 4 comments:

Email ThisBlogThis!Share to TwitterShare to FacebookShare to Pinterest
These are what its about: book, books, fiction, reading, reading challenge, science fiction, victorian 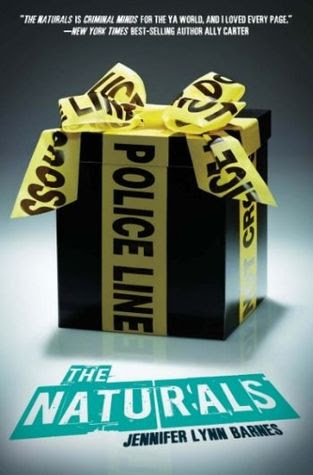 This is an author I have never of before, but I loved the interesting cover so much that I wanted to see what it was about.

Let me tell you I was enthralled with the blurb!  The premise is a tiny bit far fetched, but still plausible. Who knows what the government actually does in reality, I don't.

Anywho, I ate this book up. I was sucked in from the first page to the end.  That hasn't happened in a long time.

So it starts out with Cassie working at a diner.  She was taught to read people by her mother before she died.  When she's approached by a young man, her world is drastically changed.  She becomes a part of a group of teens that work cold cases for the FBI.  They are all classified as Naturals.  Their talents to read people and crime scenes are being honed.

Then a serial killer targets Cassie with a cat and mouse game for the highest stakes.

It's a fun glimpse of BAU training and has the slight hints of I Hunt Killers.
A brain ooze by djinnia exposed to the world at 11:41 AM 2 comments:

Okay, this is where I gush my little heart out about the awesomeness of surviving and finding new blogs to read.

Ahem, now that is out of my system,  I will tell you all the trials and tribulations that nearly did my A to Z in.

To start off with, I was in way better shape than last year.  I only had to M scheduled when April came about last year.  This year I had up to Q or R (But not N.  Nope, N was being a pest.) scheduled along with Z and Y.  Anyway, I was finishing up my remaining posts when --- WHAM! I got sick --- again.   On Friday the 3rd I came down with some scavy disease that killed me for a week.  Joy!

Last year it happened at the end of the month.  I think it was a similar bug because I ran an almost identical course.

This put me behind my finishing the incomplete posts.  Since I don't have a computer at home anymore (Wah! Want my lappy fixed!), I used my work computer.  The iPad works, but it freezes too much and it is a freaking impossible to put a picture in the blog.

Then, I finally get well and go back to working on my posts when --- WOO HOO! -- the internet goes down all blipping day.  A fiber-optic line had been cut deliberately --OOO! Sabotage! -- and that put the kibosh on any attempt to finish the last three.

So I finally get my V and X post done.  Let's say the X post was done only the day before it was due.

Now, I will totally gush about my awesome people that came back over and over again.

Sara -- She had some fantastic story pieces that had to do with trees.  She was with me all 26 letters!

Natasha -- She wandered the lore of books, movies, and TV to find some of the coolest demons and gods from them.

A Tarkabarka Hölgy -- She delved into Hungarian history for the strangest ways to die on her blog Mopdog and Epics from around the world on her other blog, Multicolored Diary.

Patricia -- She had some gorgeous stories that ranged from dark to funny with awesome words for prompts.

There are others that are noteworthy to mention: Nick Wilford, J. H. Moncrieff, and S. L. Hennessy and probably more that I'm forgetting.

Visit all of them because they all have wonderful A to Z posts and are just cool peeps!

So I thank everyone who visited!

And now the whiny bits.  The only real beef I had was when I could not follow a blog through email.  I don't have google+ or bloglovin' or any of that (nor do I want it).  I really don't mind capcha so that wasn't a problem.  The other big problem was when I went to look for the A to Z posts and they are hidden or nonexistent on a page.  I really don't want to hunt and peck through a bunch of stuff to find it  Other than that, I had a blast finding new and unusual blogs.

Now that is over I have just one more thing to say:

Congratulations on finishing A to Z. See you all next year!

Email ThisBlogThis!Share to TwitterShare to FacebookShare to Pinterest
These are what its about: A To Z Challenge, blog hop, life, my strangeness, random life bits, reflections, star wars

For the month of May, Tor is having open submissions for sci-fi novellas as well as fantasy.

There is link to the guidelines in the article!

It's only for one month so take your Pep Pills and channel Speedy Gonzalez to get your story in on time!


A brain ooze by djinnia exposed to the world at 4:29 PM 2 comments: